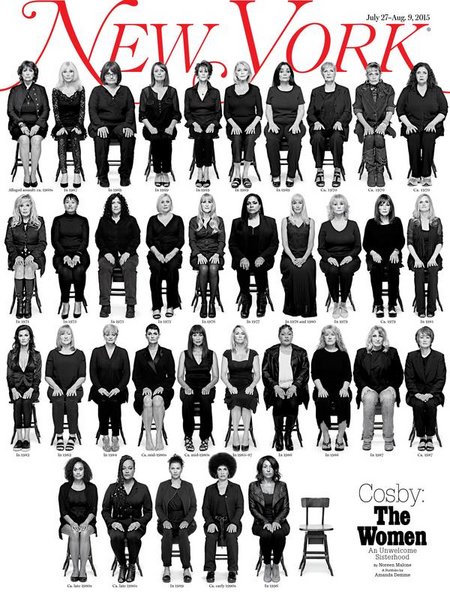 I am pretty sure almost everyone has heard on the news about Bill Cosby being accused of allegedly sexually assaulting a lot of women. They say a picture speaks a thousand words and for this magazine cover it showed a picture of 35 women who have been trying to tell their story about it only to have it individually dismissed for the most part. A the same time, that empty chair in the picture to me kind of symbolized how there may be more who simply don’t bother telling their story due to the fear of not being believed or possible retaliation.

When you put everyone together though it sure makes a more powerful statement huh? There was then one quote from the magazine by Tamara Green that stated ““People often these days say, ‘Well, why didn’t you take it to the police?’ Andrea Constand went to the police in 2005 — how’d it work out for her? Not at all. In 2005, Bill Cosby still had control of the media. In 2015, we have social media. We can’t be disappeared. It’s online and can never go away.”

That line definitely resonated with me as it made me think on how I created this site to share my story to hopefully promote change. Now of course my situation is probably not as fascinating to the general public due to the topic. But it did make me think of the suppression to be able to fully tell my story to help others as I am more of a facts person. Example, as you all know there is so much I am essentially not allowed to say due to nothing being documented in the pre-trial. A person suggested to me that legally courts must keep a record the conversations in pre-trial but even reading literatures like this say otherwise: 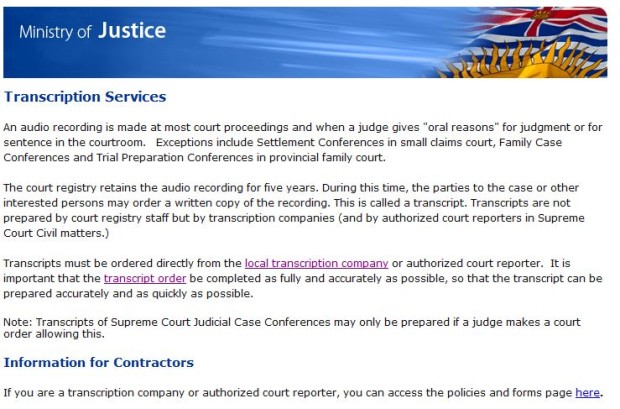 But overall, it still made me think to my original thought that these types of stories require an enormous amount of people to essentially package their stories together as opposed to people trying to go all in by themselves.