As a final way to show the nature of the situation I submitted various evidence to support my version of the story more by demonstrating how frustrated I was in getting the defendant to follow through with his promises that he kept neglecting to do where it seemed like he couldn’t take accountability. As well, for me to try and prove with facts on how his version of the story is false. As you know, my first proposed solution was that he talk to his dad to keep him accountable and hence he sent me this letter: 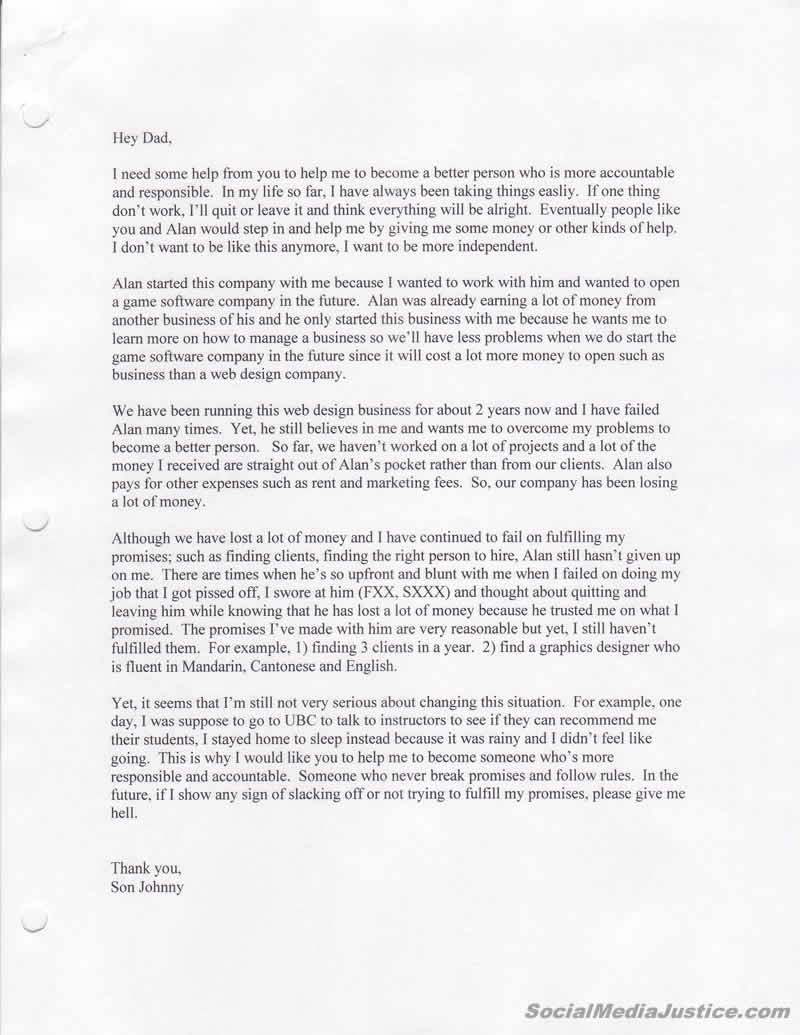 To further show it was continually me demanding that he follow through with the agreements that he made with me I submitted more e-mails such as this: 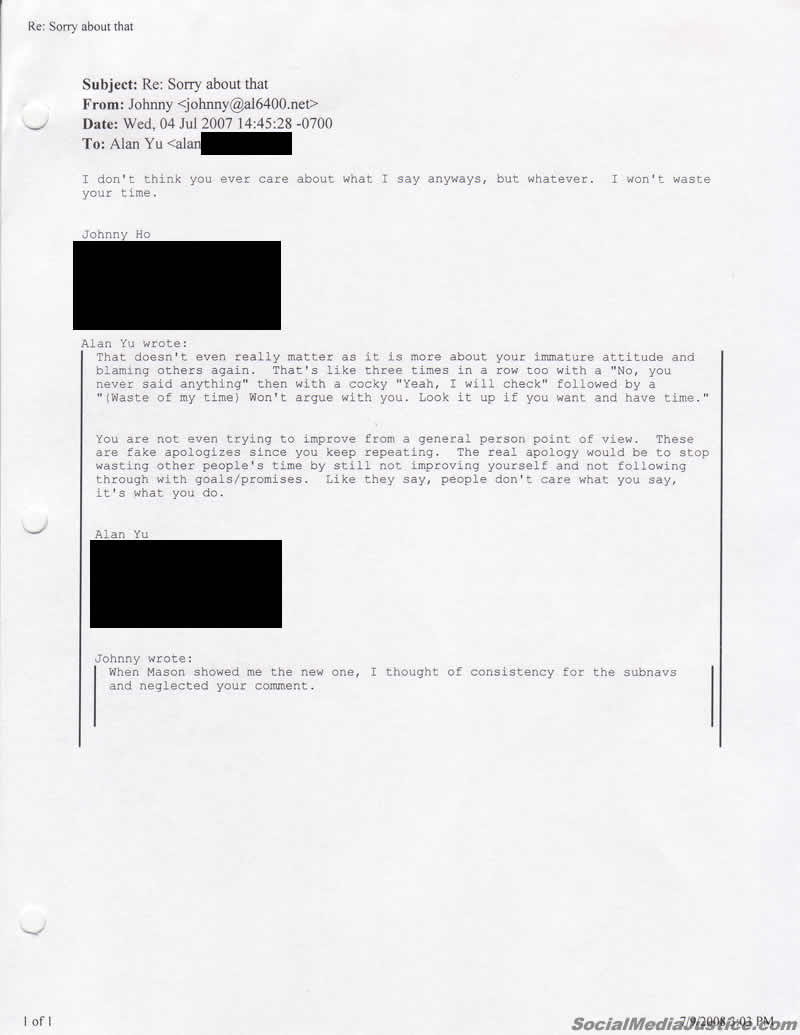 Finally, as a last straw I thought that the defendant was so ridiculous that eventually I decided to openly video record our conversation. While I think it would have been better to record it without him knowing, this way I thought there would be no excuse as clearly this would show what I went through. This is a video that I took and submitted to the court as evidence:

Here’s the interesting thing with this too I thought. To me personally, you can see the style and speech techniques he uses. Now obviously everyone is going to interpret things differently. Example the part about him challenging that I somehow added more to his debt. Even I must admit, on a surface level most people would probably gravitate towards that style more than just hard cold facts. Just an interesting point too, if you read the gameplan document I submitted before there were claims such as how I apparently “Yield and scream at Johnny to force Johnny mark down everyday’s personal spending before allowing to leave the company office.”

In my opinion, this was all part of the whole story telling narrative. Well, the video is right here where fortunately we did have spurts of conversation about things like finance to show what the real deal was. Does this not make you think again about the versions of the each stories that are being told? Is it not important to go over things like this right from the start of a case process?

From watching this video the important thing to get out of this is that even here you can see there was some kind of agreement established between myself and the defendant. As well too, this video should further show you what the agreement was all about where he sends me a report on what he did business wise and then I would credit it towards his debt. I think even I made it pretty clear on this video where the agreement was if he did the things he said he would do I would agree to waive off his debt.

To my knowledge, his only defense for things like this was that I “convinced him” that he had say an accountability issue and that he just began to believe it. I guess brainwashing would be a way to kind of describe his defense. Well, the video is right here. Need I say more? A court case is supposed to be about facts, logic and common sense right?

When it comes to broken promises, basically there really are only two choices due to the nature of the claims:

1) You are agreeing with me that the defendant borrowed money and resources while using our friendship as a way to trust his word that he will pay me back. He did not fulfill that and so we established an alternative way for him to pay me back where his efforts to follow through were constantly trivial.

2) You are agreeing with the defendant where he was working on average of “40-55 per weeks, often much more” and that I was constantly making him promises that I would pay him where instead I was undercutting and taking advantage of him due to our friendship.

Which side do you believe and why? How would you approach this case thus far and what would be your next step?