So right after that useless mediation, it was time for us to submit what was called our “statement of facts” as well as officially attaching our proof that we intended to use. So this was the time for me to submit things like the scorecards e-mails, cheques and the defendant’s gameplan document.

As you may recall, the mediation session was not documented and my fear was that as a result the defendant would just take in the evidence that I disclosed where he now knows for sure the type of ammo I have against him to prove my case and so he can change his story to try and adapt to it. Keep that in mind. Again, this statement of fact is now written with what was revealed in the mediation.

As anticipated originally as a result of that game plan document, his statement of facts turned out to what I expected. Again, it was disgusting reading his false story and how far he was willing to go to mis-state about the situation. Remember how one of the point I expected was that this tactic may result in the use of various people to help him carry out his false story? Indeed, that is what he attempted too it appeared. This was what he wrote: 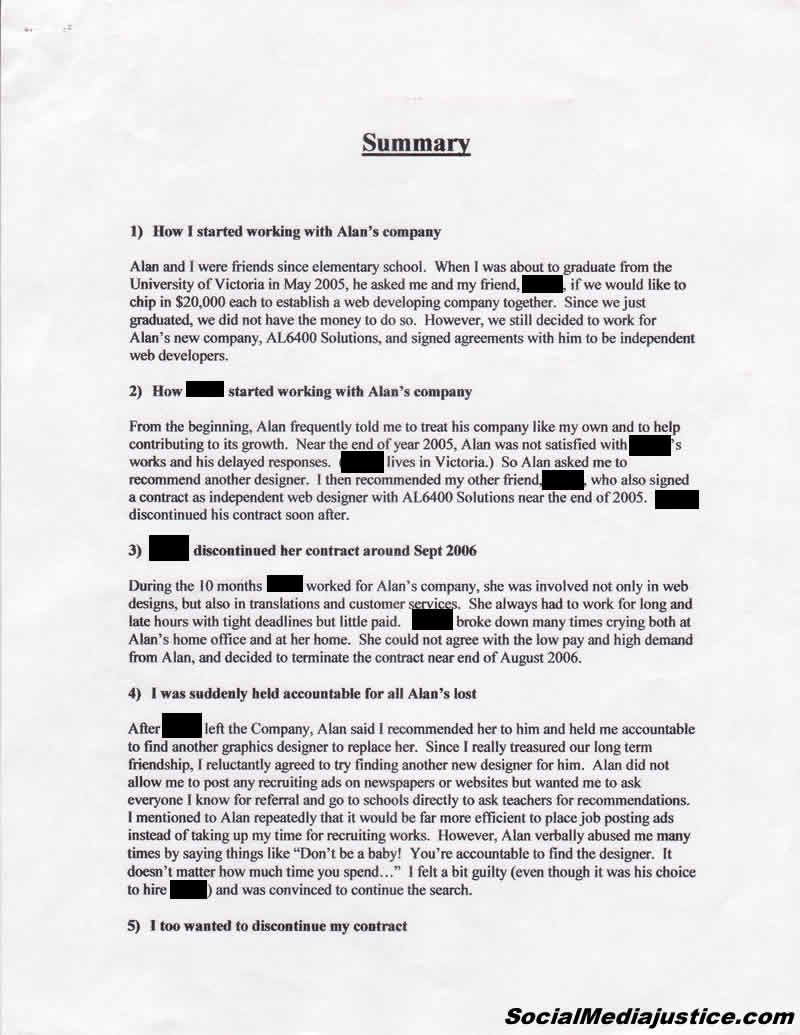 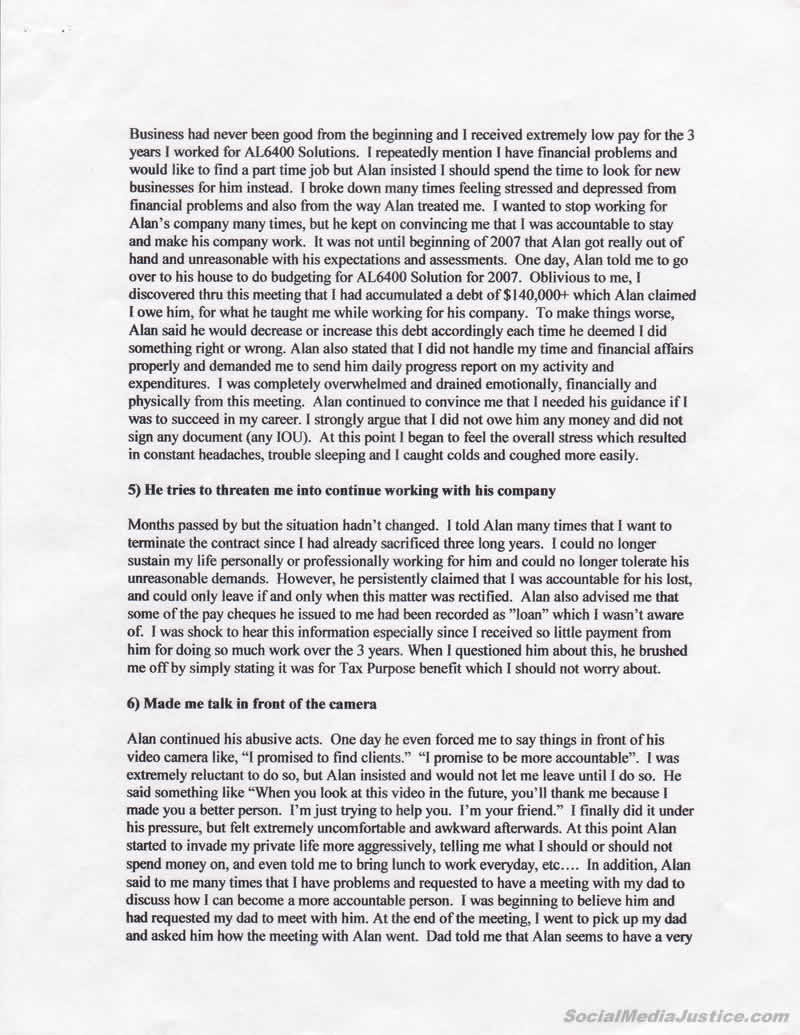 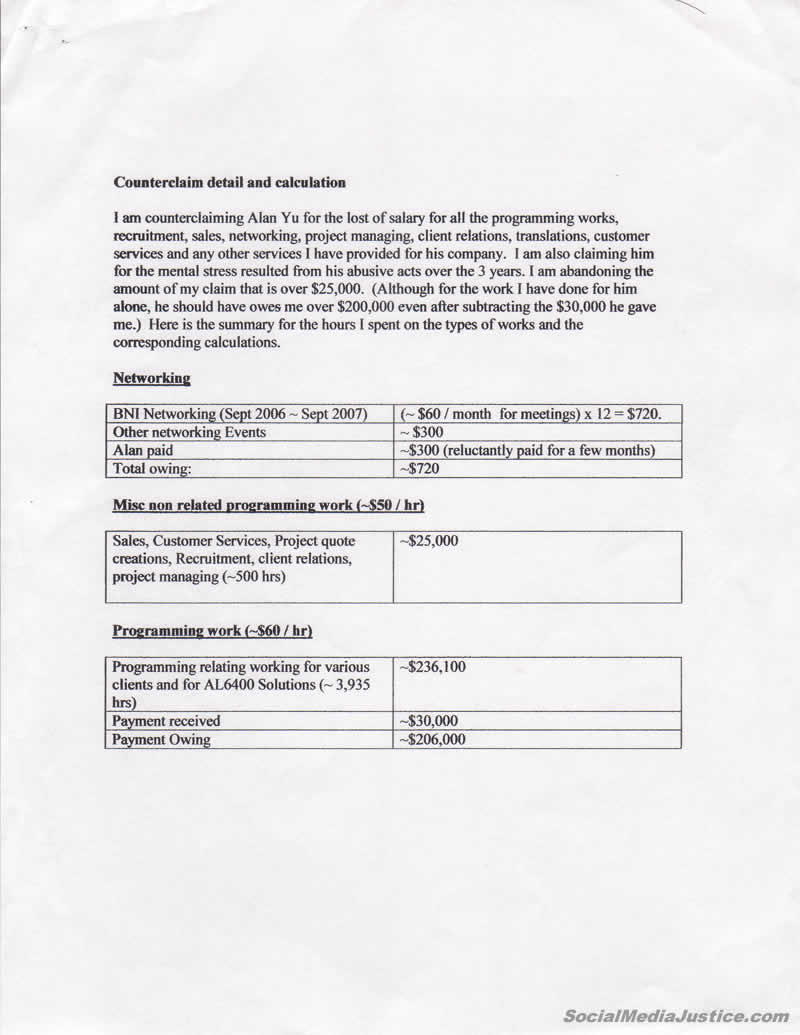 Now the wonderful thing is it is all officially written down now and I had so much proof to show without a shadow of a doubt that he wasn’t telling the truth while proving my case and at the same time it will expose everyone that is inclined to help him to avoid responsibility intentionally or unsuspectingly about the situation.

Just to be clear, by intentionally I mean someone willing to say something to damage you for whatever reason. Example, let’s say in a more personal example it could me bringing a person’s X girlfriend who wants to lie just to get even because they broke up where she is bitter about it or say I know a business competitor that hates your guts and so he has no problems in lying about you in a crafted and calculated way out of spite.

By unsuspectingly it is like say me constantly telling you everyday that this person was abusing me. So you as the friend or family member just take my word for it and hence you constantly tell everyone that I indeed was abused.

The unfortunate thing was that the courts mentioned that for our statement of facts we are restricted to three pages. As you know, I had a ton of proof that was all relevant to show what really happened. Therefore, I had to squeeze in all of my proof in a point form facts only type of direction. This was ultimately my statement of facts: 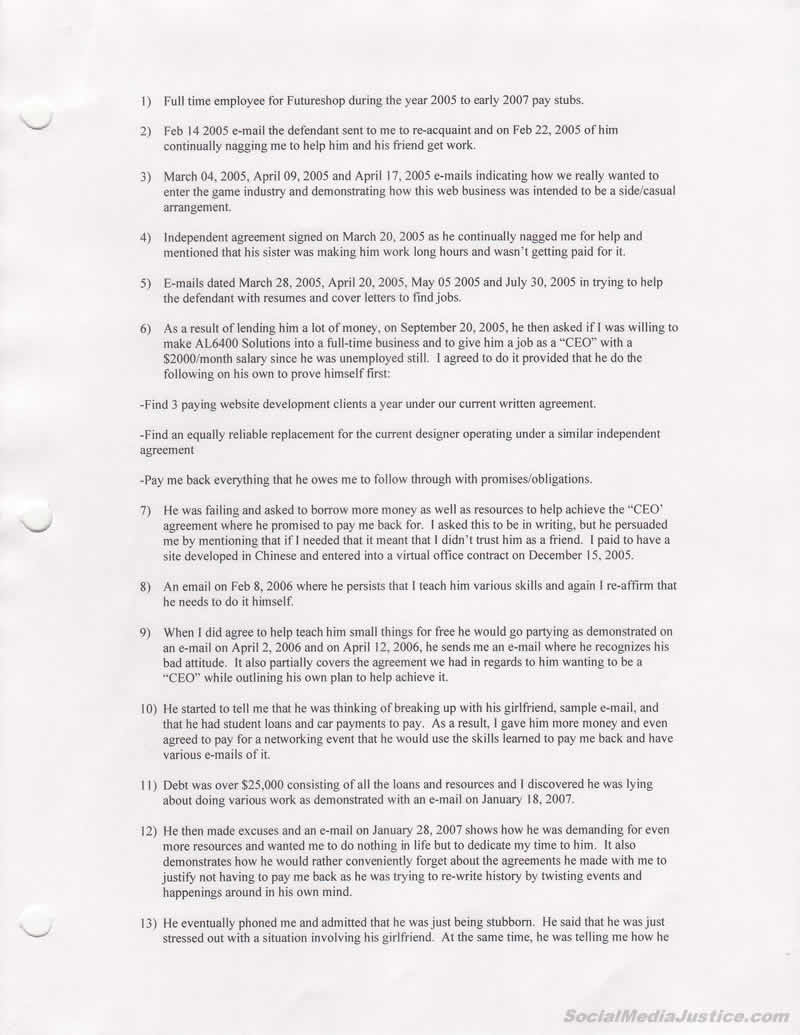 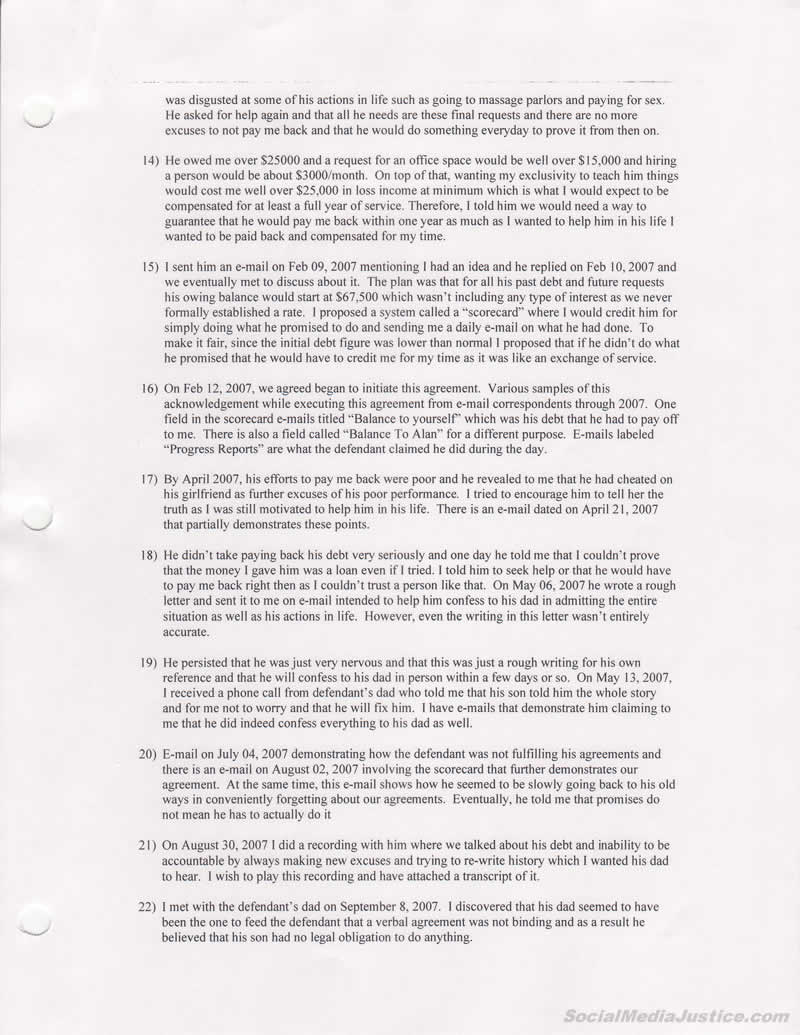 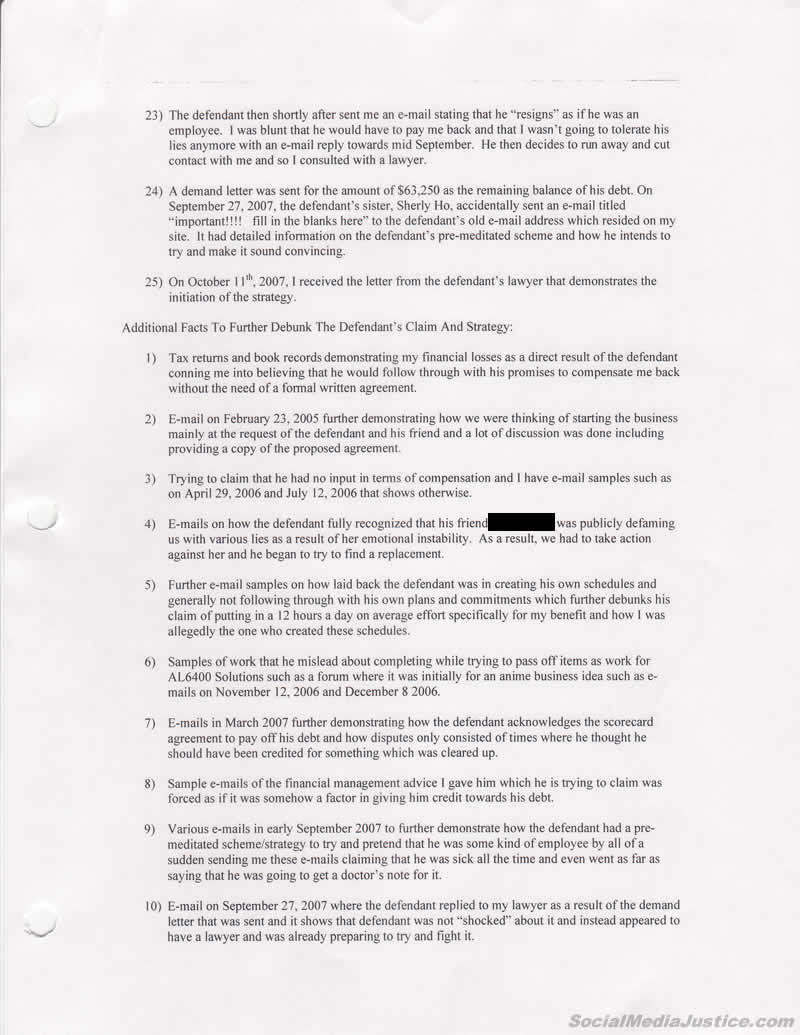 So for me, it was heavily based on facts as to my knowledge that is what a court should be all about too. I re-emphasize the point too where if you read the defendant’s statement of reply the first few sentences he wrote can easily be proven as false. Whereas if you read mines it is consistent and I back it all up with proof.

As well, I bring up the topic of perjury. What exactly constitutes as perjury? Assuming I can prove to you without a shadow of a doubt that the person is going to extreme lengths to lie to the court doesn’t that warrant some kind of punishment in order to give the victim justice as well as discouraging others from even thinking of using those tactics?

How would you handle the case from here on? Is it satisfactory enough yet for you to make a decision too?