Months went by again and here was our second trial conference. Again, it was a without prejudice session and was with a different judge.

Again, due to technicalities of the court system to my knowledge I can’t talk specifically what happened in here to further expose the system at work. Let me just say, she was an awesome judge considering the circumstance of the system. This was the end result and the form that was produced: 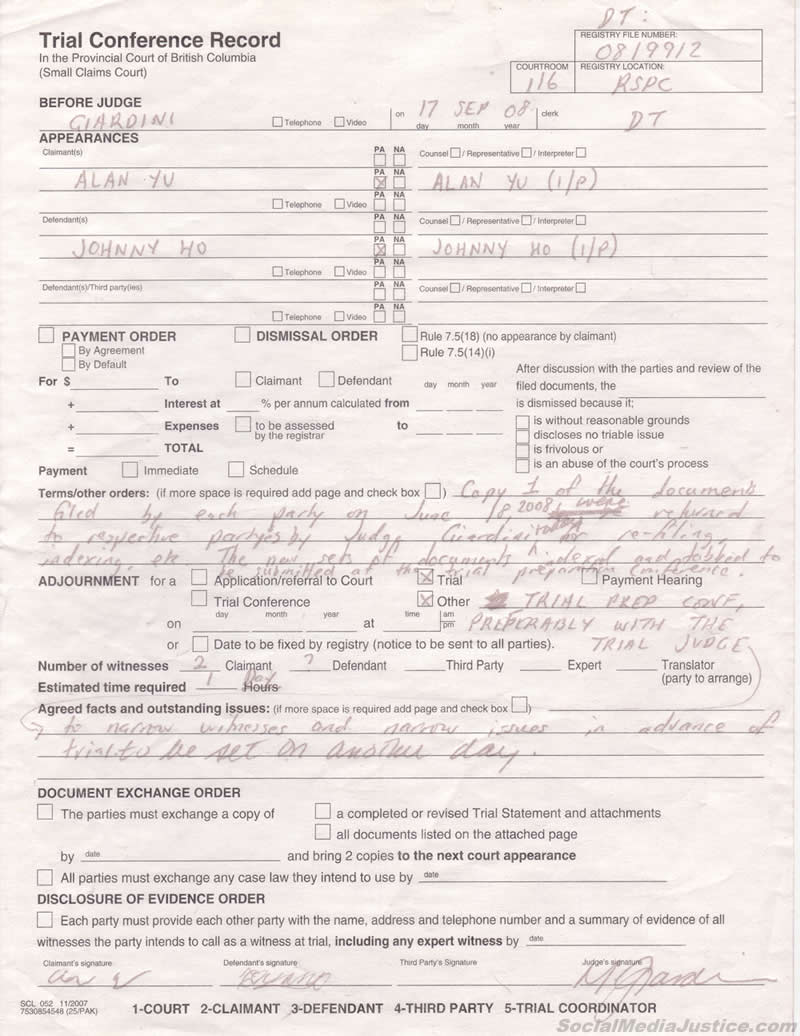 Basically, everything got through again except she thought that so many of the defendant’s claims were questionable where we needed another session. To my understanding as well, because of the actions of the previous judge she was unable to change the decisions about this case thus far. This judge wrote a comment that we should be taken care of by the same judge from now on (Very smart person!). All of the defendant’s witness were not deemed as relevant too and so she put a question mark as to how many he would bring to court.

This showed me how much of a profound impact your case can have based solely on the judge’s competency and gullibility. I was researching about this judge too recently and if I have the right person I believe her background before was with employment issues which is why she seemed sharper than the previous judge for this case. But overall this is what I expected a judge to be all about. Basically, “give me the facts” type of scenario in an impartial way.

It was kind of scary too where it shows you how much power a judge has and how judges can have such a complete different set of standards that dictates what happens.